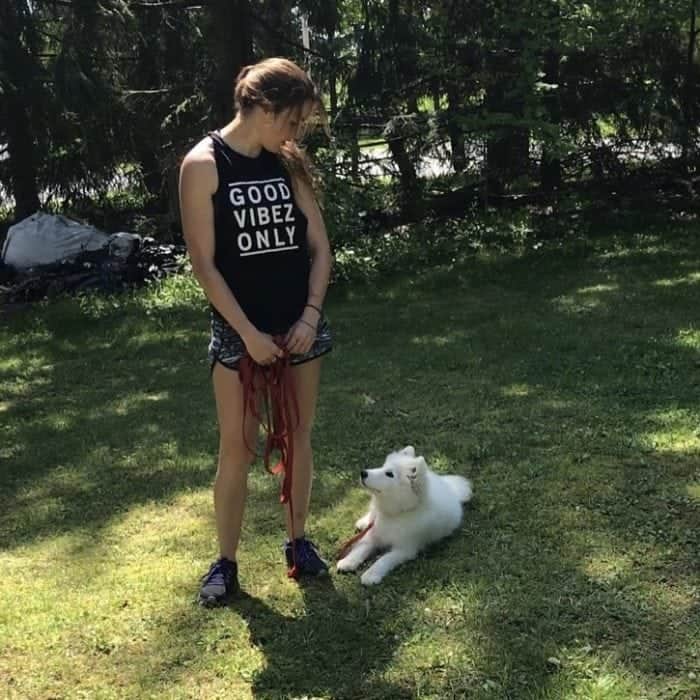 It all began with a simple follow on Instagram. I saw this guy and his dog and the relationship/partnership they had... it was like nothing I had ever seen before. Her head was always up, her eyes always locked on his, she was just waiting for the next command. Every move they made was coordinated and in unison. I was convinced, I told my fiancée this is where Ash is going for training.

The both of us have always been big advocates of having a dog that is both mentally and physically satisfied. At the time our boy Ash was a 9 month old American Bully full of bad habits (invasive, over excited, unable to greet dogs or people properly, counter surfer, overall lack of control and a nice little case of separation anxiety). We had some prior training experience from our previous dog but no two dogs are alike and Ash's strength and relentless drive began to run amuck outdoors and in the home.

We reached out to Jay and within a few hours Katarina got back to us and we set up an initial meet and greet. Jay observed Ash in his natural state as well as how both Anna and myself handled him. We discussed some of our issues and what we were looking for. It was decided that Ash would take part in the iTK9 four week board and train. BEST DECISION WE COULD HAVE MADE!

Upon Ash's drop off, when we arrived Jay was already suited up, we got out of the truck, he took Ash from us and off they went, his training started immediately upon our arrival while we discussed formalities with Katarina. Jay and Megan were the consummate professional throughout the entire program; daily video updates, multiple texts explaining what we were seeing in the videos and what they aimed to achieve...and all this without having to ask. Jay's calm assertive approach quickly began to rub off on Ash and in a week the differences were noticeable. His approach makes total sense when you actually take a step back and think about it. The fact that he uses Ryder and Titan as aids only solidifies the fact that he really cares about your dog as if it were his own and that dogs learn best from watching other dogs.

We started to see a calm, relaxed, content dog that even started falling asleep on "place", we were ecstatic. Around the mid way point of Ash's training Jay informed us that Ash showed the characteristics of being able to excel in sport training. We let him take the wheel. Ash quickly began to grasp the concept of "heel" and "touch" as well as recall from some pretty good distance. Over the remaining two weeks Ash progressed by leaps and bounds. A solid impulse control foundation was being built and it showed. Ash was becoming that calm, relaxed well mannered dog that we knew he could be.

At our Go Home Session Jay and Megan took the time to go over all aspects that were covered during his four week stay. We did work inside, then did some recall outside. Jay picked apart our technique and provided constructive criticism. If you can't take a pro breaking down your technique and telling you how things are supposed to be done then all I can say is A) don't get a dog and then complain that it doesn't listen etc. B) don't take your dog to a professional trainer that knows better than you... try bark busters or something like that!!!

Now that Ash has been home for two weeks, the process hasn't stopped. We are constantly trying to refine our craft with him, the only thing that is different is that now we are the ones sending Jay videos and texts. Jay always makes a point to answer any and all of our questions or concerns. He's the coach and the three of us are his athletes. I can't even begin to explain how satisfying this whole experience has been. It has been mutually beneficial for all involved. Jay's extensive knowledge has opened our eyes to so many things we either didn't realize we were doing or things we actually didn't know about our dog and how to handle them.

If I didn't believe in iTK9 I wouldn't be sending Ash back for another 4 weeks. Just goes to show you, like Jay says, it's not a sprint it's a marathon!